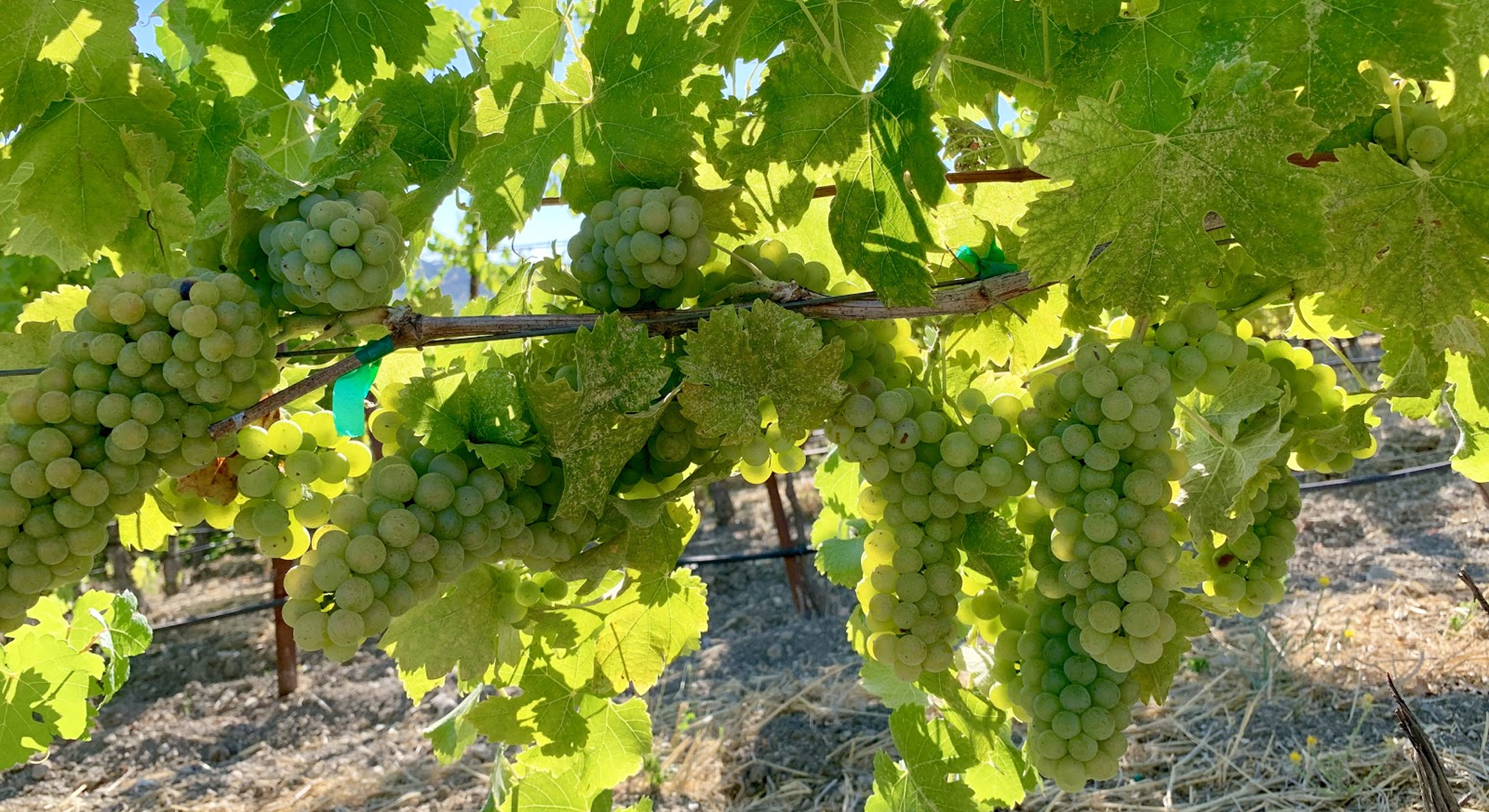 The Voyage of Viognier in the U.S.

A full-bodied white wine filled with the aromas of peach, tangerine, and honeysuckle, Viognier is delightful varietal originating in southern France. Making a huge comeback from near-extinction 50 years ago, Viognier has made quite the comeback in its new home: the US. Our resident historian, Jacqueline Coleman of History and Wine, gives us the backstory on how this grape made it out of near-extinction to become a delightful drink.

For a grape that at one point in the 1960s was almost completely extinct aside from a few acres of plantings in the Northern Rhône Valley, Viognier has made quite the comeback, especially in the United States where it is a relative newcomer. An extremely aromatic white grape, Viognier can be made into a wonderful fuller-bodied dry wine, or into something much sweeter as a coveted dessert wine. It can be supple and sensual, but it can also be oaked and a rival to a heady Chardonnay. The versatility of the grape has made it an important variety in the Rhône Valley in France, but its difficulty on the vine has somewhat prohibited it from becoming a more popular single varietal wine in regions around the world. In the United States, we see some of the best bottles of Viognier coming out of two regions on two very different coasts. To understand the voyage of Viognier in the U.S., we must visit Central California and the state of Virginia. 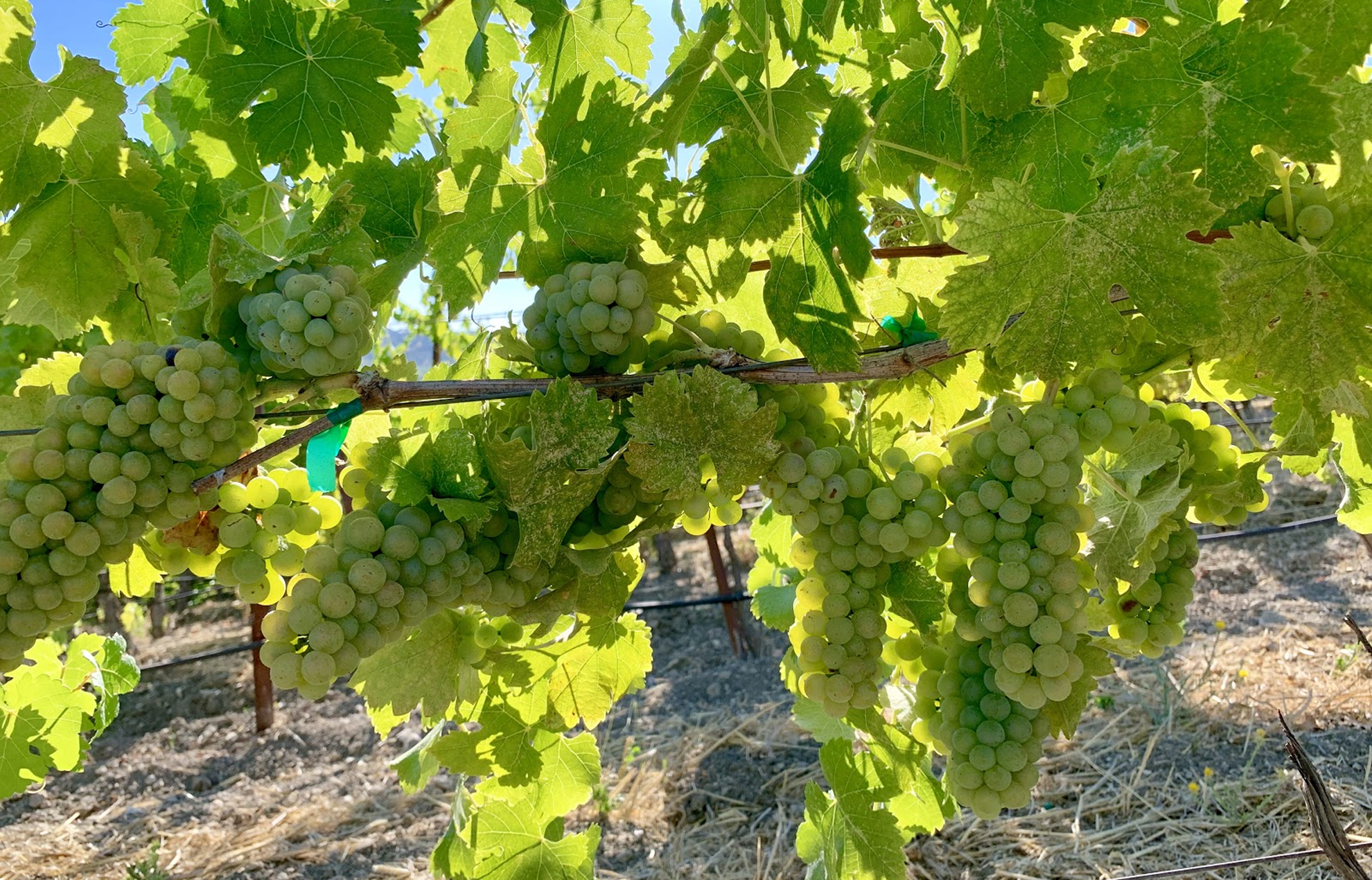 In the 1980s, there was an exerted attempt at reviving the vanishing Viognier grape by planting it in regions far from the Northern Rhône. This included plantings in Australia’s Edna Valley, South Africa, New Zealand, and of course in the U.S. in some regions of California. There are now 3,000 acres of Viognier planted across California, which is more than all the other white Rhône varieties combined across the state, or 10 times more than Roussanne and Grenache Blanc. One winery, in particular, has a rich history of growing Viognier in California.

Arguably the pioneering Rhône-style winery in the U.S. is Tablas Creek Winery, located in the Central California region of Paso Robles. Founded by the Perrin Family of Château de Beaucastel and Robert Haas of Vineyard Brands, Tablas Creek has been at the forefront of producing premium Rhône-style wines in California since its inception, including varietal and blended Viognier.

Viognier was one of the original vines Tablas Creek imported in 1989, and the block they planted in 1992 may be one of the oldest in California that is still producing. Owner and Winemaker, Jason Haas and his team have just announced the 2018 Viognier, making it only the fifth time in the last seven vintages that the winery has produced a varietal Viognier, mainly due to the fact that this finicky grape doesn’t always have a great growing year, causing it to sometimes produce a weaker varietal wine. Typically, production is only between 200 and 400 cases a year, but Viognier is also the lead grape in a couple of Tablas Creek’s emblematic blends. In the Cotes de Tablas Blanc, Haas balances Viognier’s propensity for excess with Marsanne’s elegance and low alcohol, Grenache Blanc’s acidity, and Roussanne’s structure. He also uses it as the second grape in their Patelin de Tablas Blanc, where its lushness perfectly complements Grenache Blanc’s citrusy brightness.

Viognier vines were first planted in Virginia in the 1980s by Dennis Horton who discovered that warm weather-loving grapes with thicker skins and looser clusters, such as Viognier, would do well growing in the more humid climate found in the region. Viognier was already planted across the country in California, and though the grape was just rising from the ashes of its near extinction in the 60s, the momentum and excitement for its perfumed wines was building. Horton was a pioneer in the state of Virginia, which would call Viognier its official state grape a little over 20 years later in 2011. 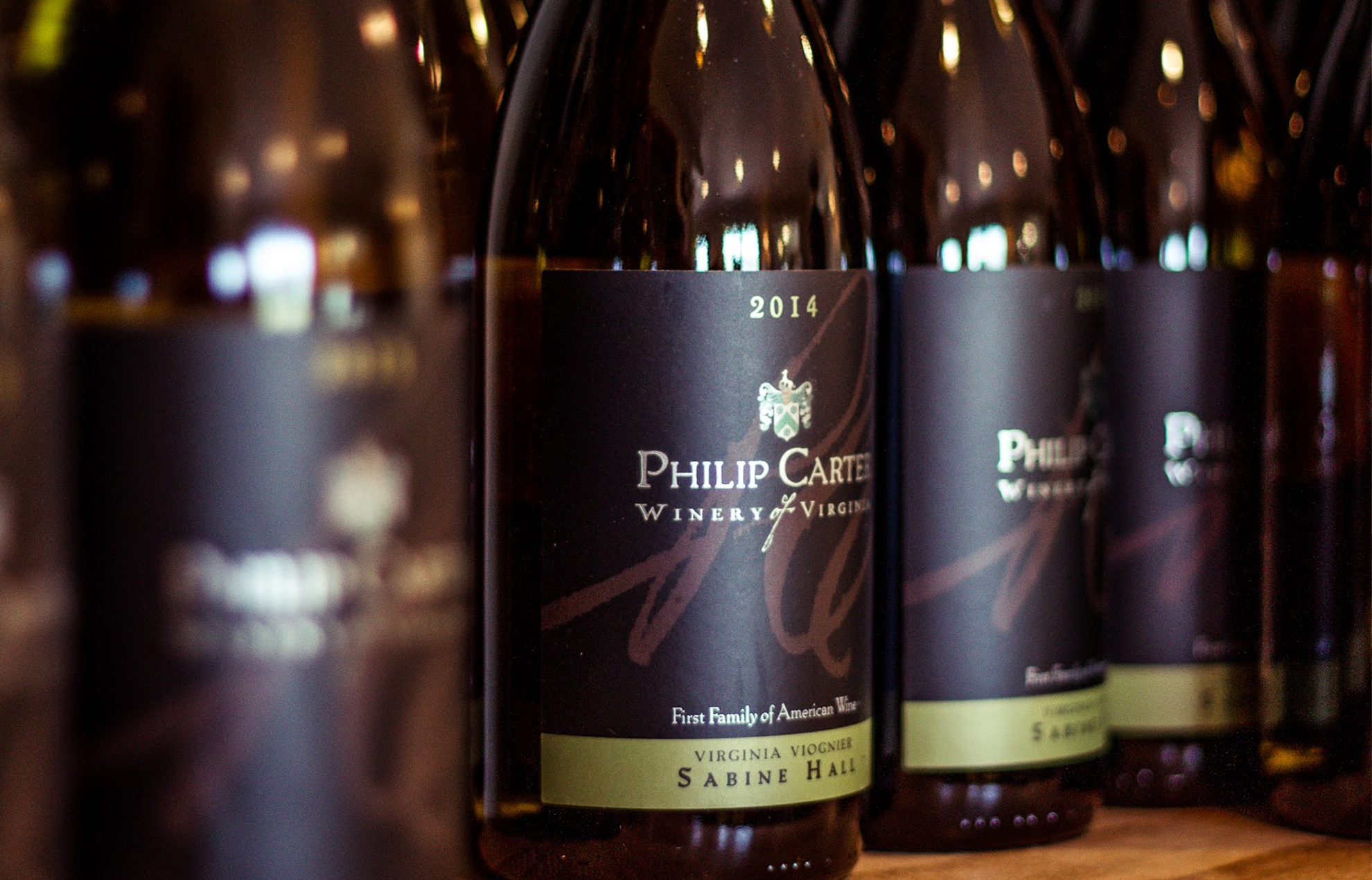 Winemaker and Vineyard Manager, Andy Reagan, is now making wine at Philip Carter Winery in Hume, Virginia, but he has been making Viognier across several eastern states since 1999. His first vintage was at Benmarl Vineyards in New York State, back when no one really knew much about the grape, much less how to even say it. The vines he used then came from Lodi, California, but the wine would be East Coast-made. He had mentors in the industry who helped him bring out the best in the grape, and he went on to make some of the top vintages at several wineries across Virginia, such as Chrysalis Vineyards in Middleburg, Virginia, and Jefferson Vineyards down in Charlottesville. He built much of his reputation as the Viognier guy and won medals and awards for his production of the varietal. He even spent some time making wine at Viognier’s Virginia birthplace at Horton Vineyards. If anyone knows Virginia Viognier, Reagan does.

According to Reagan, Viognier in Virginia is just in the right place. As a grape that is notoriously hard to ripen in some regions, due to its requirement of a long, warm growing season, it can become overripe and too high in alcohol in much warmer climates. However, the conditions in Virginia allow for the grape to be able to fully develop its fruit flavors in a balanced way. Though he often likes to blend Viognier with Pinot Gris, Riesling, and Petit Manseng, Reagan claims his favorite vintages of varietal Viognier were 2004 at Chrysalis and 2007 at Jefferson Vineyards. Watch out for his Viognier now at Philip Carter, another important winery in Virginia with a rich history in the business of wine. 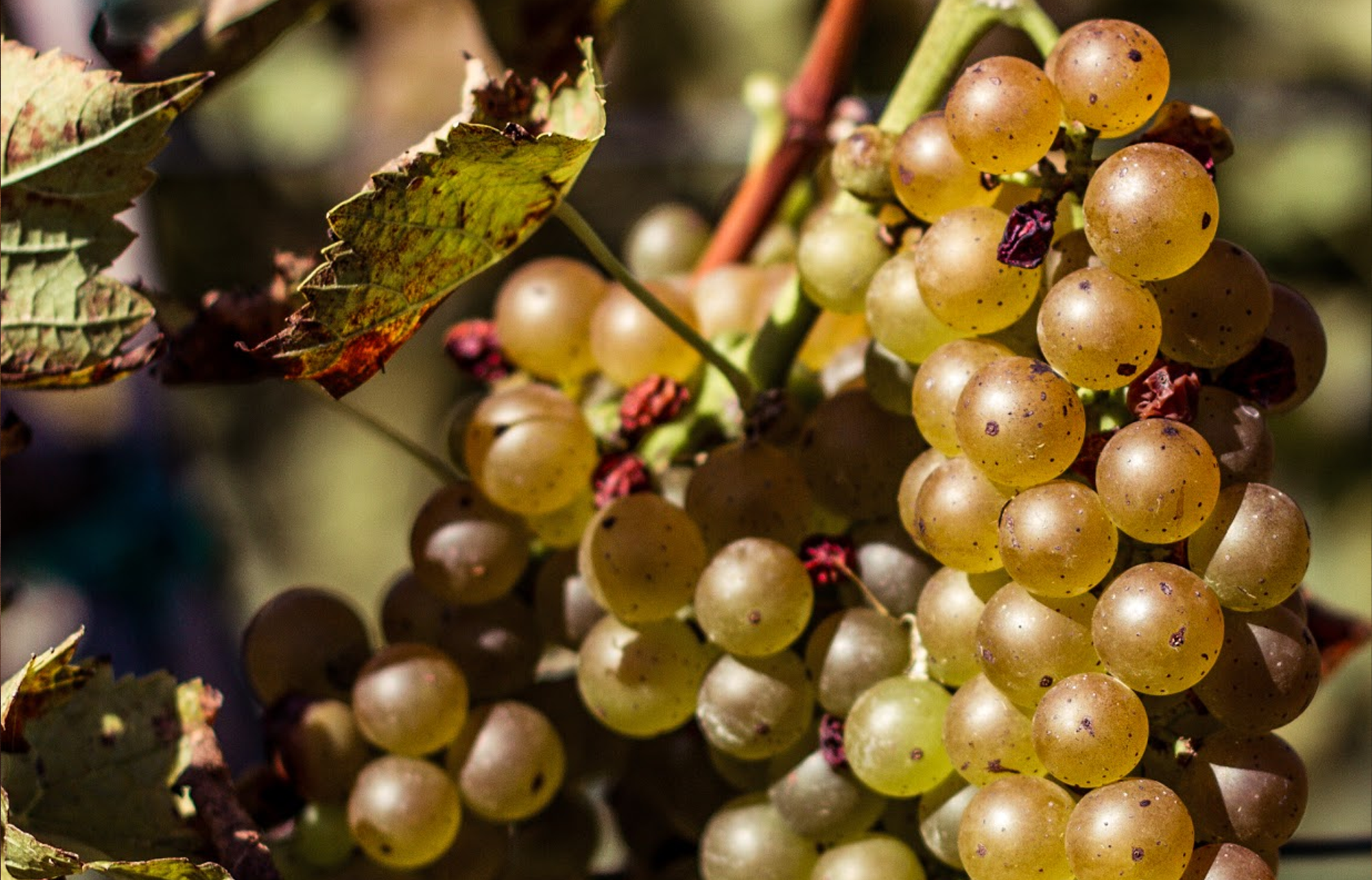 Viognier in Virginia at Phillip Carter

We can appreciate that the underdog Rhône grape of the 60s that was all but extinct has persevered and become a mainstay in American viticulture across major winemaking regions on both coasts. With winemakers such as Jason Haas and Andy Reagan leading the way on the production of Viognier, those who appreciate the grape for its fragrant aromatics and succulent, full-bodied, softer characteristics can rest easy knowing it’s here to stay. To say that Viognier has made a comeback is an understatement, but it’s fair to feel that it still has a way to go before it receives its rightful place consistently on wine lists around the country.

Have you tried Viognier and have a personal favorite? Share with us on all social media using @Coravin and @HistoryandWine!